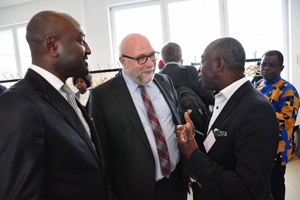 The Commission on causes of flight was established in the Government Coalition Agreement of 12 March 2018. It acts as an independent commission of 24 experts among education, non-governmental organisations, churches, international organisations and private Sectors with a secretariat at the Federal Ministry for Economic Cooperation and Development (BMZ). In supporting the Commission, the BMZ will coordinate closely with the German Federal Foreign Office and the Federal Ministry of the Interior, for Building and Home Affairs (BMI). The commission is expected to hand over its final report and recommandations to the Federal Government and the German Bundestag is by the end of 2020. 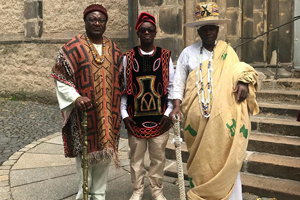 The reason for Fred-Eric Essam‘s appointment is thus, his expertise on sustainable development issues and his dedication to community. Particularly his volunteer efforts to help people in the village of his late Father, Boboyo, in the Far North region of Cameroon in Africa, reminded Fred-Eric of how fortunate he had been and how much more needed to be done to help other young people in Cameroon. “I realized that I could play a role providing basic education and a better future to children by supporting village health-projects and actively participating in the transformation of rural societies,” says Fred-Eric. 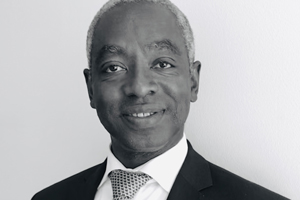 Fred-Eric Essam is founder of ident.africa, a cologne based non-for Profit organization with focus on Education, Health, Infrastructure development and gender empowerment. As “Grand Notable” and so called “rural ambassodor” of several african villages, the senior solution sales professional for IBM in Germany is also winner of the 2012 IBM Volunteer Excellence Award which recognizes IBM employees or teams who best exemplify the IBM values of dedication, innovation and trust through their volunteer efforts.