“WIDU” – DIASPORA’s money transfer platform for the promotion of employment in Africa has been successfully launched.

Fred-Eric Essam has been selected to join the advisory board of the WIDU project, an initiative to leverage remittances from diaspora to promote jobs mainly among the informal sector in Africa. WIDU is an online platform for the promotion of micro and small enterprises in Africa with the diaspora. Günter Nooke, Personal Representative of the German Chancellor for Africa, BMZ Commissioner for Africa, sponsors and supports the Project. 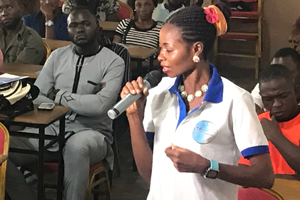 The online platform has been made available since 14 November at widu.africa.org as a concrete contribution to the implementation of the Marshall Plan for and with Africa through the specific promotion and financing of micro and small enterprises in Africa. This initiative, launched by the BMZ and GIZ, specifically promotes the creation of sustainable jobs by “promoting employment in the informal sector in Africa by tapping into remittances from the diaspora”. Private funds, known as “remittances” from the African diaspora in Germany, are financed by public subsidies. “More money should go into investment and less into consumption.” In concrete terms, BMZ funding is made available in a ratio of 2:1:1 in relation to contributions from the diaspora and companies. As background: “According to World Bank figures, members of the African diaspora in Germany transfer 1.2 billion euros to their home countries every year to support their families, friends and relatives. The money is only partly used for entrepreneurial investments. It is clear that there is great potential for economic development in the individual countries. This is exactly where WIDU comes in.” An essential selection requirement is the size of the company, because only micro and small businesses, as well as start-ups, are supported. At this stage, the targeted companies should have a maximum of 20 employees, but 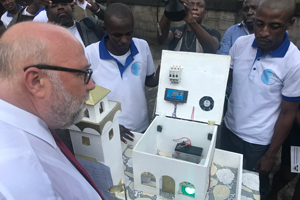 without any particular emphasis on turnover. The precondition for financing a project is the formulation of a business plan with a feasibility study and a convincing description of the project. In addition to the support of representatives of the diaspora, 4 to 5 coaches are hired to accompany the entrepreneurs in the different countries. The initiative will initially focus on two pilot countries in Africa: Ghana and Cameroon. An expansion to other African countries is planned after the pilot phase by the end of April 2020. For the implementation and targeting of the diaspora, five (5) diaspora associations in Germany, Tang e.V. Freiburg; Ghana Union Hamburg and Stuttgart; Africa Medien Zentrum Berlin; Future of Ghana Hamburg, have been assigned the task of awareness-raising and training on the WIDU platform software. High-level representatives of the embassies of Ghana and Cameroon as well as representatives of the African Diaspora, KfW, FinTechs and civil society are accompanying the project. For further information, please visit the following websites: